The islands are perfectly visible from our spot and while kite riding we always have good view on them.
During sunsets you cannot take your eyes off them. They are monumental, wild, mysterious and seemingly inaccessible. Fortunately, only seemingly, because you can take a boat or hydrofoil for each of the islands, which we highly recommend, because it’s a small paradise on earth.
You can buy tickets for the hydrofoil at the port of Trapani, Marsala or here: libertylines.it

Favignana is the largest of the Aegadian Islands and the most popular among tourists (although popularity among tourists in the western part of Sicily is far from the wild crowds).

The trip by hydrofoil boat from Trapani takes half an hour (about 13 euros, children cheaper).

The island is almost white – from limestone rocks, which is responsible for the unique blue colour of the water. There are many wild rocky beaches, quarries and caves where you can wander and dive.
The Cala Rossa beach is particularly popular (red bay).

There are several theories about the genesis of this name. One of the legends refers to the war between Carthaginians and Romans.
In fact, the final battle of the first punic war (241 bc) took place exactly by the coast of the Aegadian Islands.
Legend has it that the water around Favignana turned red from the blood of the fallen Carthaginians.

Another story, also bloody, refers to the tradition of tuna fishing. It is difficult to find on the map another place so closely related to tuna than western Sicily. For many centuries, local fishermen have been cultivating the spanish-arabic ritual of bloody tuna fishing called mattanza, or sea corrida.
It used to take place at the end of spring, when blue tuna returns to spawning. After entering huge webs, they were killed by harpoons. And so the water was turning red, which was particularly noticeable in the bays, including the large bay of Cala Rossa.

For some time, mattanza is not taking place anymore. Bloody catch was controversial because of its brutal course. But the main reason is the industrial catch of tuna long before the fish can reach the coast of Sicily.

Traveling through the Favignana rocks you must also see the Blue Marino beach. It is intimate, multi-level (you can jump into the water from the rocks) and strewn with caves (in the past the stone was mined for construction). Water on a small surface of the bay has various shades of blue.

If you have enough time and strength, you can also visit the beaches of Cala Azzurra, Lido Burrone, Calamoni, or Cala Grande.

During the trip around the beaches, we recommend you visiting La Costa sunset bar & bistrot for snacks and drinks. This is a nice vibe beachbar on the beach of Cala Trono, which feels slightly more northern european and serves delicious food.

Life on the island focuses on fishing, but also tourism. There is a little more commotion than on Marettimo or Levanzo – there is traffic, there are hotels, bazaars, a lot of restaurants, but it won’t take you long to find quiet and isolated places.

Immediately after leaving the hydrofoil/boat at the port, you can pick a map and rent a bicycle to explore the island around, catching the places worth seeing. You can also rent a scooter (the price should not exceed 20/25 euro per day), and then with no hurry, you will probably go around the island several times.

In addition to the bays with turquoise water, rocks, caves and other wonderful corners, you can climb 314 meters up to the castle of st. Catherine along the Monte Santa Caterina trail (which we gently advise not to do on a one-day stay in Favignana).

You can also visit the old tuna factory. The factory is the first building we see entering the port – brick, with high chimneys.

In 1874, Ignazio Florio from Palermo bought Favignana, Marettimo and Levanzo for 2 million liras, and then he made Favignana a modern fishing center. Tuna all’olio di oliva landed on the tables all over Europe. The bussiness had no competition for a long time. Even the fall of the fortune of the Florio family and the sale of the property did not stop production. It was over 100 years of good times of the factory.
Now it has been unused for 30 years. Abandoned building was falling apart until it was bought by the region of Sicily.
The complex was renovated and turned into a nice museum.

You can spend the whole day on Favignana. But you can also stay for the night, or you can fasten up in half a day and jump on Levanzo. 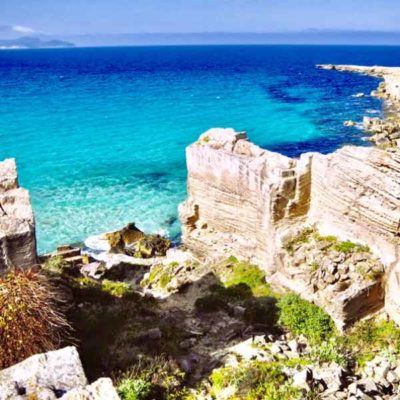 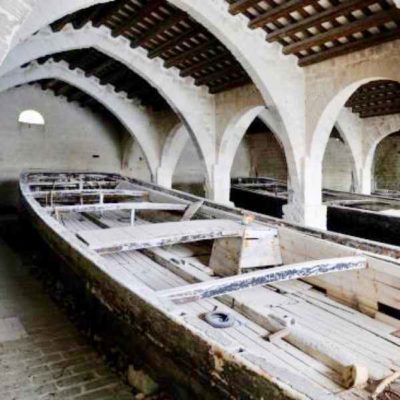 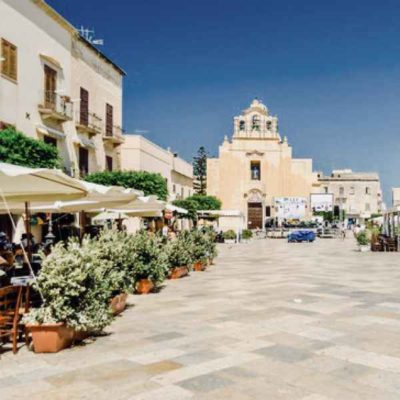 It is the smallest of the Aegadian Islands. It’s wild, peaceful, there is only one small town (Levanzo) and a handful of locals. And like Marettimo, time is to be spent wandering among the bushes and admiring the views, or swaying on the boat.

One thing that distinguishes Levanzo from sister islands – in the coastal cave named la Grotta del Genovese. There are neolithic paintings depicting people and animals discovered in 1949. They are dated to approximately 9,200 bc.
The cave is accessible to visitors, you can walk around it or see it from the boat. It is located northwest of the port. 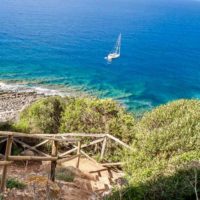 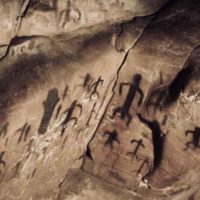 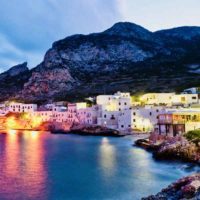 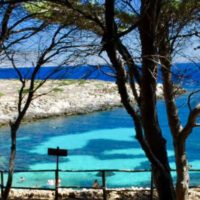 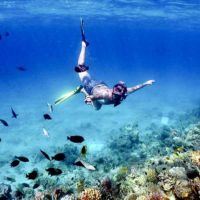 It is an intimate, calm and wild island, the furthest of the Aegadian Islands from sicilian shore. There is only one tiny village of Monte Falcone inhabited by about 100 people. All the houses have blue shutters, there are ceramic plates with names of families hanging on the walls. Streets are peaceful  (there are no cars or motorcycles). If there is any commotion on the island whatsoever, it would be just the port area.

Due to the fact that the island is the most remote from the land and the least inhabited by people, there are unique plants and animals here.

Marettimo means “sea thyme”. There is an intense aroma of bushes of thyme and other herbs heated by sun all over the island. That is why Marettimo calls for a walk.

The island is dominated by the castle of Punta Troia, where you can walk from the port area. The distance seems small, but it will take about three hours.

Near the town, there is Villa Romana – a remnant of an ancient roman house, which was rebuilt into a byzantine style church.

The essential charms of Marettimo are small, wild beaches, azure water and numerous caves, so it is worth taking a boat trip around the island.
Organization of such a trip is very simple: in the port we find the first person, which we are sure that is not a tourist, and we ask for a boat trip. We pay in advance about 20 euros per person and we sail for 3 hours around the island.
During the trip we jump into the water, dive, admire the cliffs and enter the caves. There are over 400 of them, including Grotta Presepe with stalactites and stalagmites.
With a bit of luck you can also see mountain goats on the rocks.

We recommend taking with you a supply of snacks and  low-percentage beverages. Also at least basic diving equipment (goggles, fins) and a camera or GoPro.
In the port there is freshly caught fish and seafood, great for dinner after the boat trip.

To Marettimo we go by hydrofoil, which leaves from the port of Trapani (less than 20 euros, children cheaper).
The journey takes less than an hour and a half, but you have to plan it well, because the hydrofoil runs to the island only 3 or 4 times a day (libertylines.it). 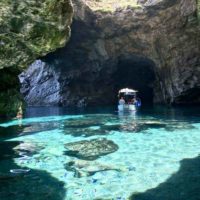 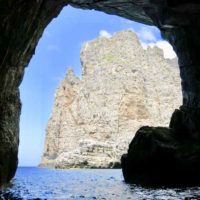 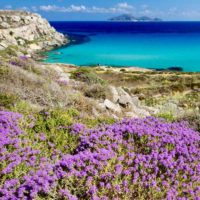 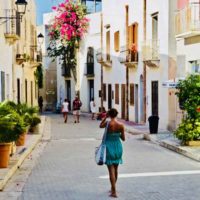 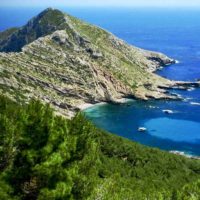 Halfway between Trapani and Levanzo, there are two tiny islands – Maraone (700 by 50 meters, one abandoned house) and Formica, with an old tuna factory, a bit smaller than the one in Favignana, now a museum. Besides, there is an old church, two heliports, the headquarters of the therapeutic community for drug addicts “Mondo x”, and one habitant of the island.