The Turkish Stairs were – according to one theory – named after the Turkish pirates who protected themselves here from storms.
Another theory says that it’s because they were using cascade formations to invade and assault the surrounding villages (although historically, quite unfair, all invaders were called Turks).

It is a white limestone cliff stretching about 1.5 km along the shoreline and rising up almost 100 meters.
It looks like stairs from flowing paintings of Salvador Dali or like melting pyramids.

The game of colors is particularly special here. Most of the photos you can find on the internet are taken in the morning or in the midday. Then the bright blue water contrasts with the dazzling whiteness of the limestone.
However, we were more moved by the afternoon color set. Closer to the sunset, white rocks warm up, turning into sandy beige combined with dark turquoise of the sea.

It’s quite typical for Sicily that, regardless of how fragile its treasures are (both natural and civilizational), there is direct access to them. You can get to know them organoleptically, with appropriate delicacy of course. So you can climb and slide over the rocks.
And of course they are a very proper background for photos. 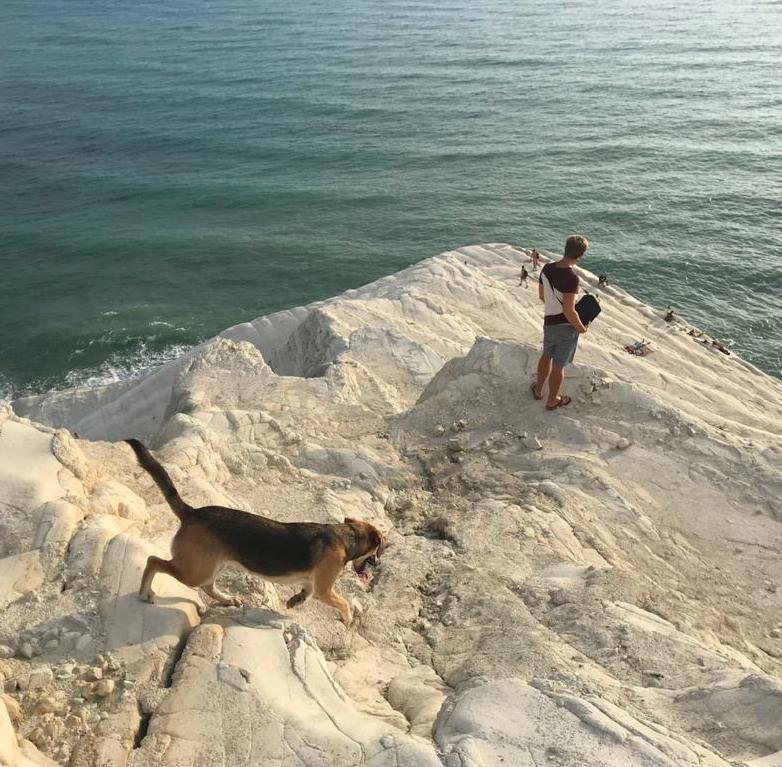 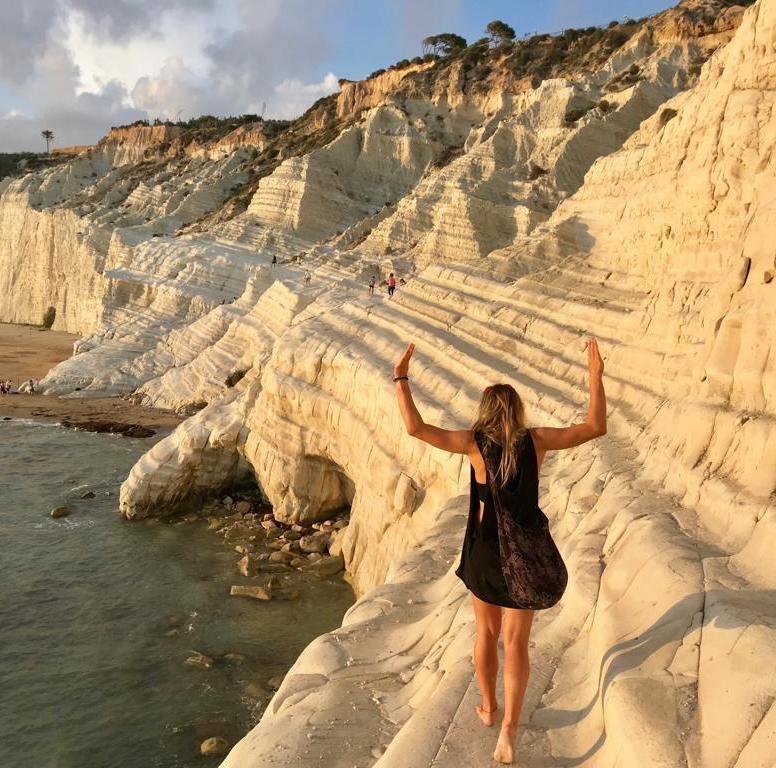 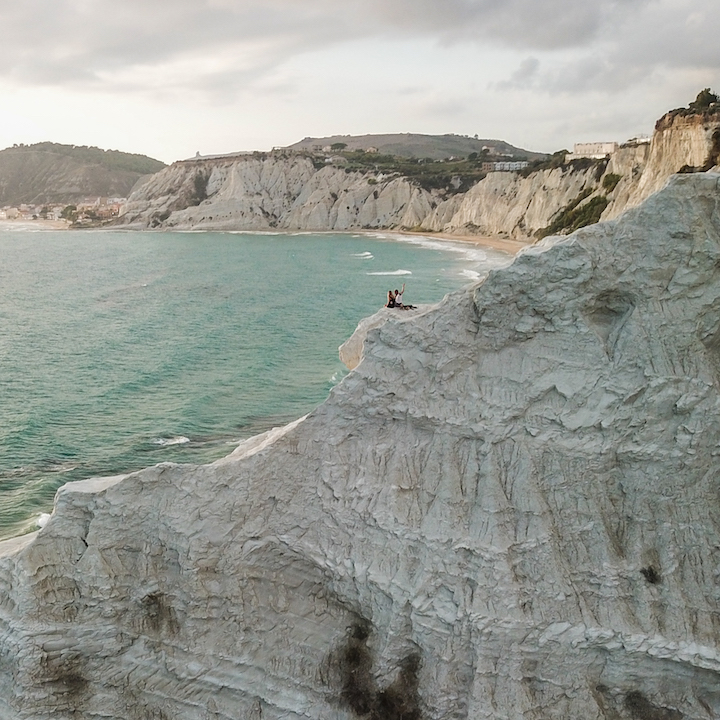 Scala dei Turchi is one of the further destinations that we do as a one day trip.
While we’re usually looking for adventures north of the spot, this time we’re going south.

Coming to these areas it’s worth to check at least one more place. On the way there are:

– the city of Mazara del Vallo, occupied by the Arabs in the 9th century CE, has the most Arab influence among today’s cities of Sicily, particularly visible in architecture, but also in cuisine. Nowadays it’s still a living center of Arab culture.

– the town of Selinunte (which in ancient times was a large Greek city) having an archaeological park with a temple complex.

– the city of Agrigento. One of the largest in Sicily, where there is the Valley of the Temples listed on the UNESCO World Heritage List, which also once belonged to Magna Graecia (the Great Greece).