THE STONE TOWN OF ERICE

Erice, known in ancient times as Eryks, is a picturesque town located on the top of the mountain of the same name. From a height of 750 meters above sea there is an unbelievable view of the sea, the nearby Aegadian Islands and the city of Trapani – on the foreland of the mountain.

Erice was founded by the Elyms in the fifth century bc.
According to greek mythology, the ruler of Elyms was Eryks, son of Poseidon and Aphrodite.

At this time city was the capital of the region and the richest town in the area. Inside of fortified walls there were temples, castles, parks and impressive houses inhabited by the local nobility.
Trapani located at the foot of the mountain, was just a fishermen village. It has been providing  Erice residents with food, goods and services.

The city experienced many sieges. It was also the object of Carthaginians struggle with the Romans. You can spot fragments of fortifications from the 6th century bc.

There are two castles reminiscent of medieval legends in the landscape.
At the top of the cliff there is Castello Dello Balio – Venus Castle (XII / XIII century). According to an ancient legend, animals that were to be sacrificed had been coming on the altar of their own accord.
The second castle – Pepoli Castle is located on the ruins of the ancient acropolis. Next to it there is a beautiful garden of Giardino del Balio, which surrounds the castle.

If you like museums, in the Cordici museum there are ancient objects related to Erice history. Among others, marble Aphrodite’s head from the 5th-4th centuries bc, a collection of ancient coins, or a collection of canvases from the 17th to the 19th centuries.

HOW TO VISIT ERICE?

Erice will surprise you with unusual microclimate. While nearby towns are melting in the heat, Erice is often foggy. It creates a mysterious, fairy-tail aura and forces to throw on the a sweater, unnecessary everywhere else in Sicily.

Erice is not a resort – there are no boulevards, luxury hotels or expensive shops. No matter how many tourists there are, the city seems to be intimate. You can endlessly discover hidden alleys and corners covered with fragrant plants among the tightly built houses.

We recommend visiting the city during the day and at night.
In daylight, we can admire the details of the buildings and the panorama of nearby cities, the sea and the Aegadian Islands.
At night, the city is full of life. It’s beautifully highlighted and invites to walk through narrow steep streets with characteristically paved cobbled streets. So the best plan is to arrive before sunset and leave after.

We also recommend checking out at least one of the wonderful pasticerias (sweet shops).
Try delicious genovesi biscuits, supposedly the best here.

You can reach Erice by car or the scenic funicular Funivia di Erice, going from Trapani (€9 per person one way). 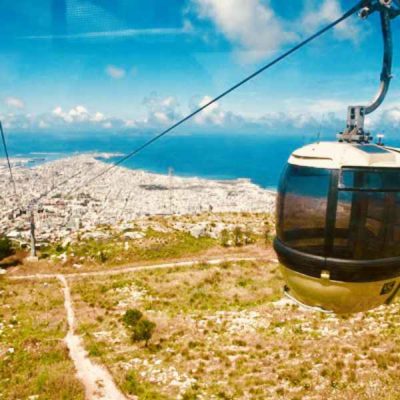 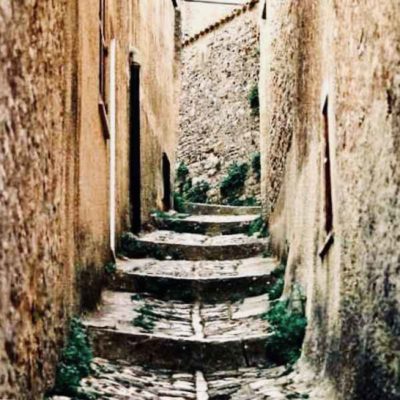 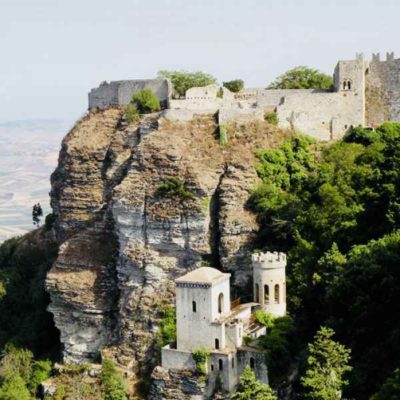